Papa - Figuring Out What Matters by Brent Olson

Papa
Figuring Out What Matters

“The book reads like a novel, each essay a short chapter in the life and wisdom-quest of this farmer turned professional writer. I enjoyed the writer’s range of tone and his clever creativeness; for just one example: the Christmas story of the birth of a baby in a barn, retold by a man who has served as midwife to animals, is sheer genius.” Bridget Connelly, Emerita Professor of Rhetoric, University of California, Berkeley

The American Agricultural Editors Association, at their National Convention in St. Paul, awarded Brent Olson (http://www.independentlyspeaking.com) of Otrey Township, Big Stone County, the 2010 Award for Best Regular Column, for his work in Living the Country Life. http://www.livingthecountrylife.com. The column that won the award is the last essay in his recently released book, Papa, Figuring Out What Matters.

Brent's second book of essays, Letters from a Peasant, won a Merit Award for Best Regional Book from the Midwest Independent Publishers Association. The AAEA is a professional organization of writers, editors, and photojournalists who work in the field of agricultural media. This is his second AAEA Award.

BIOGRAPHY (If you ask Brent Olson who he is, this is what he’d say:)

-When someone offers me help my instinctive response is to say, “No thanks, I can do anything.” It has gotten me in a lot of trouble over the years.

- I once shot myself in the hand with a rifle while preparing for a Norwegian-Philippine-French Independence Day Celebration.

-I once took a group of other people’s children to stay in the ghetto of a third world country where our body-guard was a fourteen year old girl named Lauri.

-One of my books is in Pete Seeger’s bathroom.

-I know all of “Silver Tongued Devil" by Kris Kristofferson .

-I once harvested 235 acres of soybeans in 17 and 1/2 hours. It snowed that night and I
had three cups of coffee the next morning before I put my shoes on.

-I know that what Henry V really said at Agincourt was most likely "Let's get 'em boys." but Shakespeare's version always makes me cry.

-I can castrate thirty pound pigs by myself, 45 seconds per pig.

-I am fond of every Caterpillar mechanic I've ever met.

-I know what the ground temperature has to be to germinate a corn seed.

-I spend most of my time alone.

-I once spent the night in a motel bathroom in Brainerd with a baby with the shower running and the light off. The baby had croup and the light switch also turned on the fan

-I once was locked in a church with twenty-five teenagers and at three in the morning told them a story that made eight of them cry.

-I cannot sing, but can prove that either "Thunder Road" or "Kisses Sweeter than Wine" is the best song in the world.

-I love my family.


REVIEWS
“Brent Olson is a sneaky writer. These little essays are like dried tomatoes mysteriously hydrated; they keep expanding to be about the United States, the human condition, and how to live a just life.” Bill Holm

"Brent Olson has the rare gift of being able to see metaphors for life in the more mundane facts of his existence. These he presents with a type of humor and insight laced with deeply rooted integrity most often found in people who live close to the land by choice. He is a thoughtful, quiet person who ekes out an existence through farming while spending every moment walking in a form of schooled, yet wide eyed awe at creation and humanity. His essays center on the life he knows, but they are steeped in an understanding that there is a greater world around him and a greater purpose in everything he does. Brent is a man who enjoys the journey as much as he enjoys arriving, a person who deeply feels the ancestral vibrations of the land he farms, and one who finds overwhelming joy in the remarkably unremarkable day to day life in his small town. His writings reflect all of this and offer parables for living any person can relate to."
Cheryl Rainford, editor, Meredith Corporation

“I love it: from the front cover title and photograph to the last page where I’m laughing and crying with a farmer-philosopher who has written the best book of essays I have read in decades.

I love Brent Olson and his new book of essays, and not just because the cover picture of him with his granddaughter could be mistaken for a photo of my husband and our granddaughter walking down a dusty road, or even because Meron calls her grampa Papa, just as Felice does. I like the human being who shines through the pages.

Get me straight, Brent Olson and I have never met, I know him only through his essays since I am a faithful reader of his newspaper columns which appear in the Northern Star, my hometown paper sent from Big Stone County to my house in Berkeley, Ca. If I were still teaching rhetoric classes at the university, I would put this book on the syllabus. His mastery of the essay form made me recall my pleasure in reading Montaigne, who first used the term in 1580 when he titled his informal musings on himself and mankind, Essais. Brent writes firmly in this fine old tradition, and he’s a lot more profound than some of the other prairie philosophers I’ve read recently (e.g., Robert Bly, Kathleen Norris, even Meridel Lesueur and Garrison Keillor).

As I write these comments, the Sunday New York Times on the kitchen table has a front page headline piece (with a two-page spread inside) about meat production and sanitary handling through the whole global process of getting a piece of e-coli free protein to the table. Brent Olson’s juxtapositions of city v. rural ways makes for great comedy and biting satire in his essays. Beneath the humor, he offers serious cultural criticism and commentary. And I think that our whole country--largely disconnected from the barns and gardens and fields that Brent writes about with such intimate knowledge—needs to read and heed the words of a philosopher pig-farmer and to get in touch with the rural life he shares in all its gritty glory, redolent with the smells of life.

The book reads like a novel, each essay a short chapter in the life and wisdom-quest of this farmer turned professional writer. I enjoyed the writer’s range of tone and his clever creativeness; for just one example: the Christmas story of the birth of a baby in a barn, retold by a man who has served as midwife to animals, is sheer genius.”

-On the first Board of Directors Northern Growers LLC, a forty million gallon ethanol plant

-First Board of Directors Little Rock Wind, a community based wind turbine development

-Twelve years on Board of Directors, six as Chair, Holy Trinity Hospital

-Married for 34 years, three children (all with college educations and no student loans)

-Columnist for “Living the Country Life”

-Author of Letters from a Peasant, The Lay of the Land, A View from the Prairie, Still Whistling, the Only Sane Response to a Complicated World, and Papa, Figuring Out What Matters

-Books used as curriculum at Moorhead State University and at Southwest State.

-Columnist for Agrologisk, the Journal for Danish Agriculture

-Board of Directors, Southwest Minnesota Arts and Humanities Council

-On the first Board of Directors and past president, Big Stone County Pork Producers

-Farmed in Big Stone County for 30 years
Posted by Beth Solheim at 6:00 AM 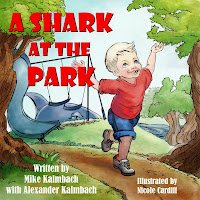